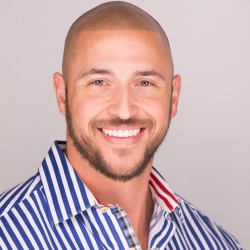 I grew up a military brat and moved, on average, every three years since the day I was born. After high school, I followed in my father’s footsteps, attending the United States Air Force Academy and earning my commission as an Air Force Officer. I deployed three times during my 7 years in service before separating as a Captain as a combat veteran after my time in Afghanistan. Traveling the world instilled in me a natural fascination in real estate and infixed in me the significance of having a home to call your own.

Outside of real estate I compete professionally as a bodybuilder. I am recently married and love spending as much time as I can with my amazing wife!